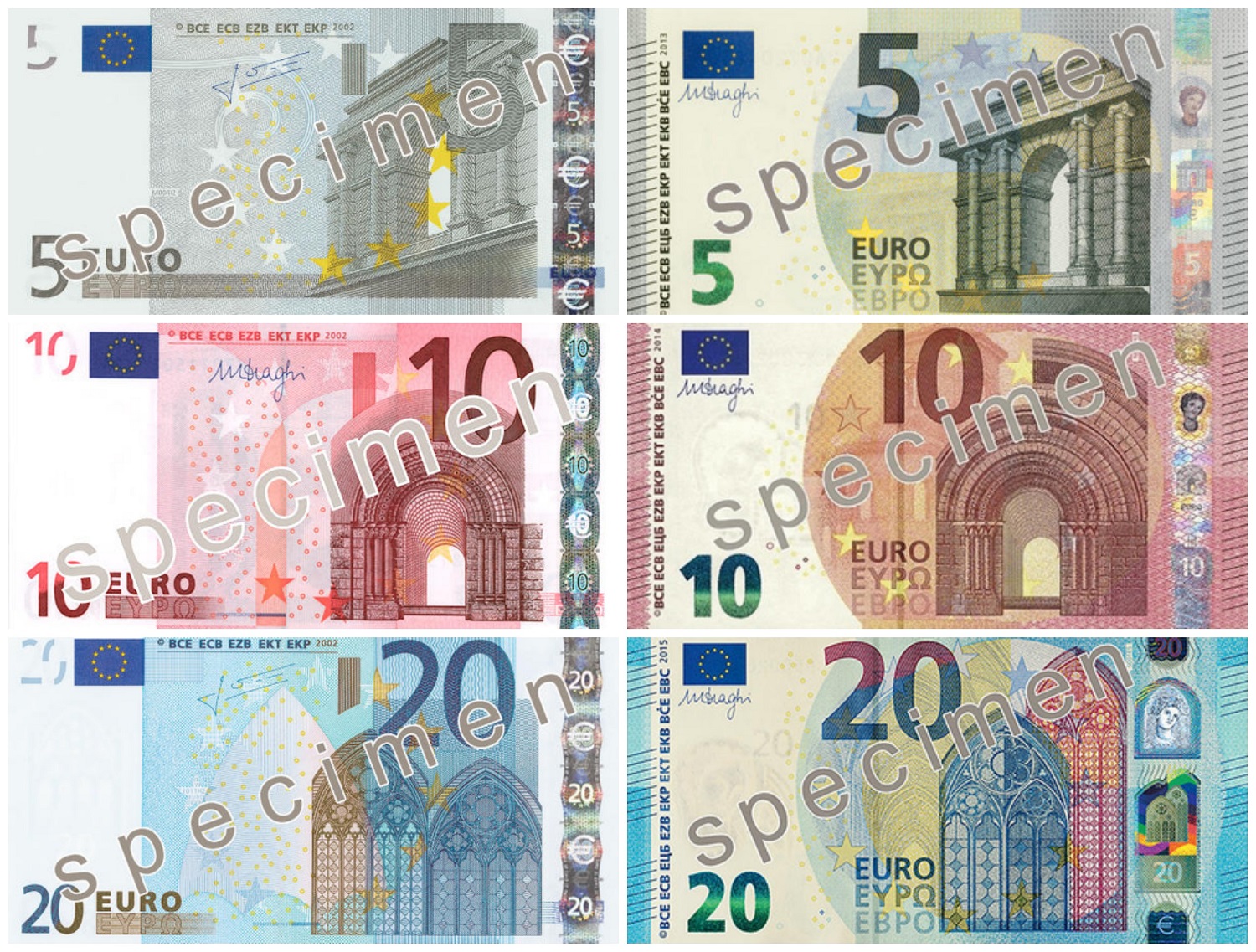 We previously looked at how to tell if money is counterfeit in our handling cash guide. Since then there has been a new 5, 10, and 20  Euro notes released with additional security features. Other notes such as €50, €100, €200, and €500 have not yet been released. Here’s what we learned about the first three new Euro notes from the ECB:

As before there is raised print when you feel the bank note. It feels crisp and firm and the main image along with its lettering and the large value numerical feel notably thicker. With the Europa series on the front of the note there is a series of short raised lines on the left and the right edges of all three Euro notes.

Unlike the older Euro notes the new ones have a portrait watermark. If the note is held against the light then a faint image of Europa (a figure from Greek mythology) will appear. The value of the banknote and a window will also be visible. When put on a dark surface this area will become darker with the portrait appearing in the hologram. Previously on the €10 and €20 notes only the window and value of the banknote were visible.

Bank notes previously had a security thread which is a dark stripe that can be seen when held up to the light. The value of the note can also be seen in small white lettering when held to the light. While these features are still present, the new feature shows a € symbol in the security thread as opposed to just the word Euro which appeared in the first series.

When the three bank notes are tilted the silver stripe on the right side of the note reveals its value and the € symbol. A new addition to this is a portrait of Europa appears as well as a window in this area.

When the new Euro notes are tilted a shiny number in the bottom left hand corner shows the effect of the light that moves up and down. The number will also change colour from an emerald green colour to a deep blue.

This feature is present on the €20 only. When held to the light the window near the top of the hologram becomes transparent and shows a portrait of Europa on both sides of the note. As the note is tilted the window will show rainbow-coloured lines around the value numeral. On the reverse side of the bank note rainbow coloured value numerals are present in the window.

Along with these changes cash rounding has been introduced to Ireland which we explained in a previous post. Higher value Euro notes have yet to be changed but you can learn how to detect if they are counterfeit in our handling cash guide.