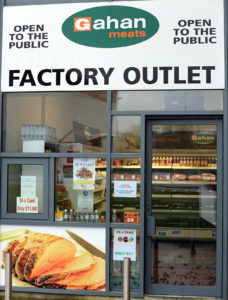 ‘Learn from those that have gone before’ is a great business maxim and with that in mind I headed out to meet the team at Gahan Meats and to see what Sponsor for a Day meant to them and if it was good for their business.

Gahan Meats won the inaugural Bank of Ireland Sponsor for a Day competition and their company name was emblazoned across the Leinster Rugby jersey for the Heineken Cup game against Ospreys on January 17th, 2014. 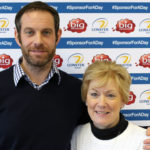 I met with Nigel Gahan, Sales Manager and Veronica Gahan, Financial Controller, at their HQ and factory outlet shop in Finglas. The first thing to strike you on entering both the shop and HQ is the framed Gahan Meats Leinster Rugby jerseys. They sit proudly on the walls and are accompanied by other memorabilia from the big day. The second thing that strikes you is that close on one year on, the excitement of winning the competition and the whole match day experience is still very much alive. 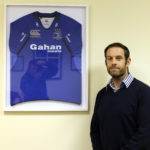 As Nigel put it, “we were thrilled to win the competition but we never imagined the significance of the win until we saw the mascot and team walk out onto the pitch with Gahan Meats as the shirt sponsor.” And to reinforce the point, Veronica added, “we are a family run business and this was without a doubt a very special day in the long history of the business, especially for a business of our size.”

The one thing we all agreed on was that it was a stroke of genius by Bank of Ireland in coming up with the #SponsorForADay competition concept. For a period of just over four weeks they had ten companies, five in Leinster and five in Munster, battling it out to win the competition, all referring to Bank of Ireland across all their respective marketing channels. 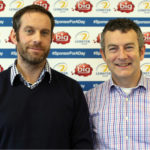 For Gahan Meats their business certainly received a lift. The brand exposure from the game and the follow up media reporting helped to boost sales. Thousands of people, both at the game and sitting at home or in the pub, had never heard of Gahan Meats so they all took to Google to see who these guys were. Safe to say that Gahan Meats is now a well known brand. Job done!