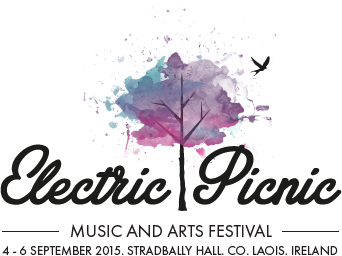 This post originally appeared on Ronan O’Kelly’s profile on LinkedIn. Ronan is the “The Suit” or MD at GYSTI.com, broadcast media specialists. We picked this post to demonstrate two points:

If you know noting about outside broadcasting this post provides an insight into advertising at music festivals. Whilst Electric Picnic’s price point is probably beyond most small businesses, there is any number of other local music and sports festivals that should be explored as an advertising opportunity. In 2014, as part of our continuing efforts to promote our online accounting software we sponsored a triathlon event called the Beast of the East.

Most people think what we sell is just too risky – we accept that it’s not right for some brands,  but the rest….we just don’t know where the doubt comes from.

EP (Electric Picnic) for the punter has the FOMO (fear of missing out) factor, so why not as a brand ?

Targeting something like the Electric Picnic Festival audience makes a whole lot of sense and has huge potential return, so no problem there, – BUT –  it’s all about how you do it, so perhaps therein lies the fear.

Activation is critical, interaction/social is even more important than that. Effort beyond the spend is required, but being there in the first place, that’s the most important thing of all.

Creativity also works but only if you’re not trying to be too clever. This is a clued-in, hard-to-impress audience. Innovation can often have the exact opposite effect to the one you desire.

Remember, It’s a qualitative thing. If you get ten million hits the critical thing isn’t the number, it’s the message. If 10 million think your update/video etc is awful, they’ll think your product is just the same. You’ve just LOST millions of potential sales/customers. So with creativity, as with all things branding, do it right or not at all.

It is true that Branding in this environment carries risk, but so does most branding. In music branding the rewards are exceptional. These far outweigh the efficacy and ROI of many other media, especially as the audience has top-level free spend and has  a pro-disposition to try out new things.

We sell media space on the big video screens at main stage at EP, and despite the doubts of buyers about the efficacy , we have the numbers, we have high-recall, calculable metrics to show that we’re way above most media. If you use innovative video/thinking , we guarantee even higher return. Yet still……….buyer doubt.

We’re at this stuff for 15 years, so we kind of know what we’re doing, and what the audience wants. It often amazes us how dismissive some buyers are of the medium, especially those who then go on to spend all sorts of money on an ill-advised ‘hey kids’ music propositions elsewhere.

Today, with ‘choice’ being the most prevalent theme in music, it is even harder to deliver something relevant, so the trick is to try to understand and follow the audience, not tell them that you know best then try and forcibly reroute them away from what the actually like.

Ask yourself that when a feisty teen or hipster says ‘you just don’t understand’, have you actually considered that they might be right ? The response to them should be, ‘No, I probably don’t understand fully, tell me’ – what follows may prove to be the most informative 5 minutes of your career…. and/or the most humiliating.

So, to get the right results, you use a proven vehicle, one that the audience already says ‘we like this’. Then you tweak it with something innovative, something the audience can take home in their memory bank, and crucially, endorse to their friends & contacts.

For example, the #twitter feed we offer at EP is eminently simple. It is only promoted on-screen and has been the number one trending hashtag in Ireland on every single  day it has been operational. It takes up c.80% of our video output, with constantly updating live tweets.

It succeeds because people like it this simple, they use it as a kind of non-invasive message board to friends that might give them screen-time and also lets’ face it, when you’re waiting for your band to hit the stage, other people’s tweets are far more entertaining to follow watch onscreen than old-school music videos.

We also decided that we’re too old to choose the tunes between bands , so now the audience choose them. See…simple stuff. (Our inner-DJ egos are wounded but will heal)

The most effective work at these events derive from plain old thinking about it, and most of that is common sense :

Placement – You should try to be front and centre, don’t expect the world to come to you.

Activation  – When it’s  raining, give them a poncho, don’t hold them up asking them to sign up for your latest app.

Creativity –  There is no point in being the coolest thing at 9am in the morning, nobody is up, and those that are won’t remember.

Medium –  Pick one that is actually going to work, remembering that the ‘next big thing’ will have an actual ‘audience/userbase’ next season.

To be appreciated, you simply have to listen to the audience, take their guidance.

It is remarkable how music branding tends to scare people. It is true that it presents unique challenges to brands, and has many  a shipwrecked campaign on it’s shores, but it also has unique rewards.

Only the most adventurous and determined prove competent at exploiting the space. Those that accept failed innovations as part of the overall success, will win out.

Compared to sport, the cost is next-to-nothing, compared to other media targeted at youth/young adult it is just better.

What we do is what other media do, we simplify the process for you, we get you to the audience in the most effective way possible and help you deliver the message as best you can.

There should be no fear of addressing a very savvy, trend-leading, highly influential, high-spending, reactive audience in a happy environment, just be sure you’ve done it right.

Instead of considering such branding as ‘risky/brave’ or ‘innovative’, consider it ‘sensible’ and ‘logical’. If this is your audience, access them and influence them where they like to be, give them your message straight, they understand what you’re trying to do, don’t over complicate the relationship.

It’s not a  very ‘Rock n’Roll’ attitude to convey, but the reality is that in most cases your brand is worse off for not being at these things, and just like the ‘live experience’ it cannot be replicated, the ‘festival audience’ is  one of those ‘had to be there’ situations.

Innovation Over-Compensation – Trying to think up new ways to get to the audience without actually addressing them directly, where they actually are –  Makes little sense and usually costs too much in the long run.

The key is to pick the right vehicle where they are and just do everything you can to engage them when you get there.

So….are you coming to Picnic this year ?