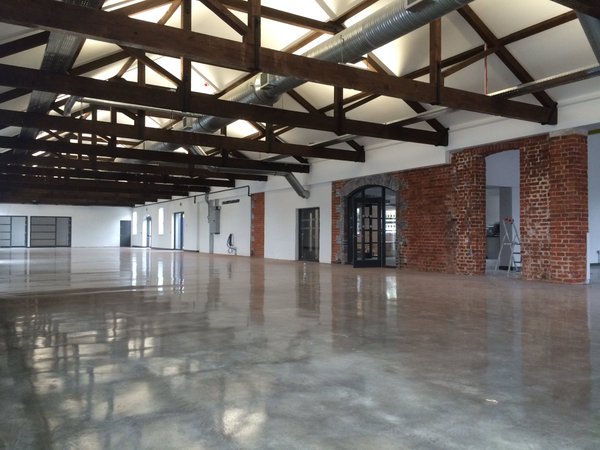 The Portershed, Galway’s first startup hub, home to an accelerator programme, high potential start-ups and entrepreneurs has recently opened its doors. Located on a vast expanse of 14 acres between Eyre Square and the harbour, the Portershed building is centrally located and provides much needed working and meeting space for budding entrepreneurs.

The idea behind the Galway startup hub is similar in many ways to other startup hubs that are emerging around the country. The Ludgate@Skibbereen startup hub initiative, for example, was the brainchild of local businessman John Field. He recognised the scarcity of office space for new startups and along with gifting the premises for the hub, he also set about assembling a collection of tech savvy business people to help oversee the initiative. They’ve ambitious targets to generate 500 new jobs over the next five years.

One of the interesting aspects of this innovation hub is the involvement of Allied Irish Bank(AIB). AIB signed a five-year deal with the Galway City Innovation District (GCID) who have been tasked with turning Galway’s city centre into a thriving meeting and working place for entrepreneurs. The first move in this grand plan is AIB’s sponsorship of the Portershed building. According to AIB’s CEO, Bernard Byrne, “Developing an innovation district in the heart of Galway can serve as catalyst for high growth companies, and is a model that has worked in other cities such as Boston.”

The Portershed already has ten companies in situ. What’s interesting about one of them, Altocloud, is that they were established in 2014 so are growing out of that startup phase. For them, the hub is an opportunity to work out of purposely designed offices that support and enrich their working day. A significant positive for the ‘newbie’ startups is that they get the opportunity to meet and network with Altocloud’s staff and learn, first hand, the do’s and don’ts of operating in the tech space. That networking aspect is one of the key attractions of a vibrant startup hub.

It’s worth repeating the story that AirB’nB supposedly looked at Galway as a possible European HQ destination. They wanted to be part of the fabric of the city so a city centre location that had a degree of retro charm was essential. None was available so they decamped to Dublin where they are operating out of a 40,000 sq ft refurbished warehouse.

The tech West is awake!