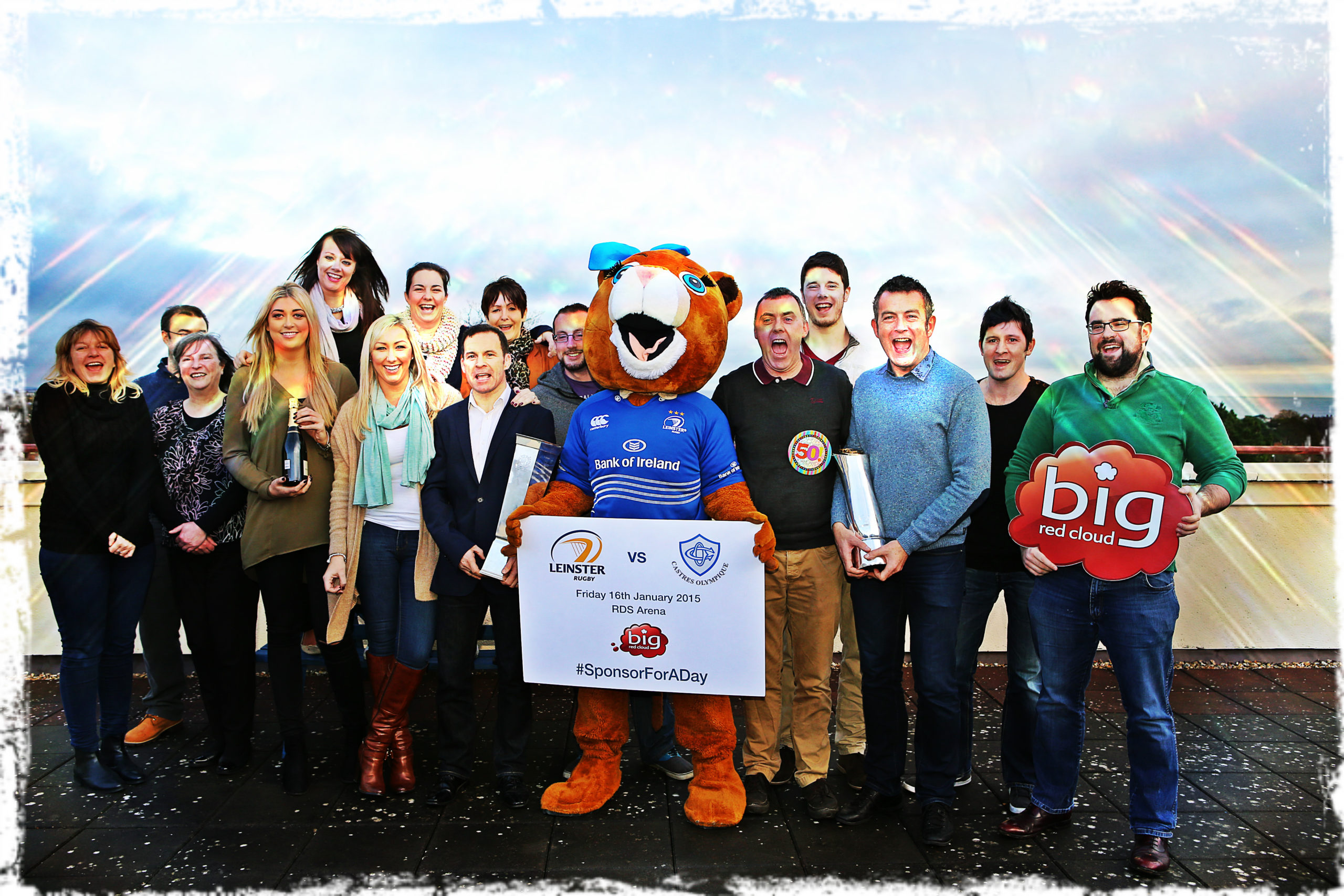 Bank of Ireland Sponsor for a Day Winners of Leinster Rugby

Big Red Cloud has won the public vote to become the Sponsor for a Day for Leinster Rugby. The competition, the brainchild of the Bank of Ireland Business marketing team, will see Big Red Cloud’s company name emblazoned across the Leinster Rugby jersey for a European Champions Cup game against French team Castres on January 16th.

To say that we are delighted is an understatement. This is a very proud moment in the history of the company and though our CEO’s connection to Leinster Rugby was well documented throughout our campaign, it is worth repeating.

Marc O’Dwyer played for Leinster at both U16 and U20s and his dad  Jerry also played for Leinster, winning his first cap against Munster in 1954. Here we are, 60 years on and Marc’s dream to wear the Leinster jersey again is realised in front of a guaranteed full house at the RDS Arena.

A big thank you to everyone that voted for us. Our business is built on the support of thousands of small businesses across the four provinces and we could not have achieved this without your fantastic and loyal support.

Thanks also to our accountant and bookkeeping communities. We’ve worked hard to build communities of users around the Big Red Cloud platform and we look forward to continuing that work.

Not forgetting our own solid team here at Big Red Cloud. A team effort and each and everyone’s contribution all added up in the end to a remarkable victory.

We also want to acknowledge our fellow contestants. Jobbio, Nobo, Radical Oats and Atlantis Seafoods – thank you for such a close run campaign. Three weeks is long, long time and every day we had to keep our foot on the pedal. We had no choice such was the online and offline activities that we all were engaged in.

Whilst the voting has ended the next phase of the Sponsor for a Day campaign begins – our planning for the big day itself. Stay tuned as we have one absolutely massive prize to give away to one of our Leinster based customers.

Check out the moment we found out we were the Sponsor for a Day for Leinster Rugby for 2014/15. We think it’s a great video and hope you like it too.