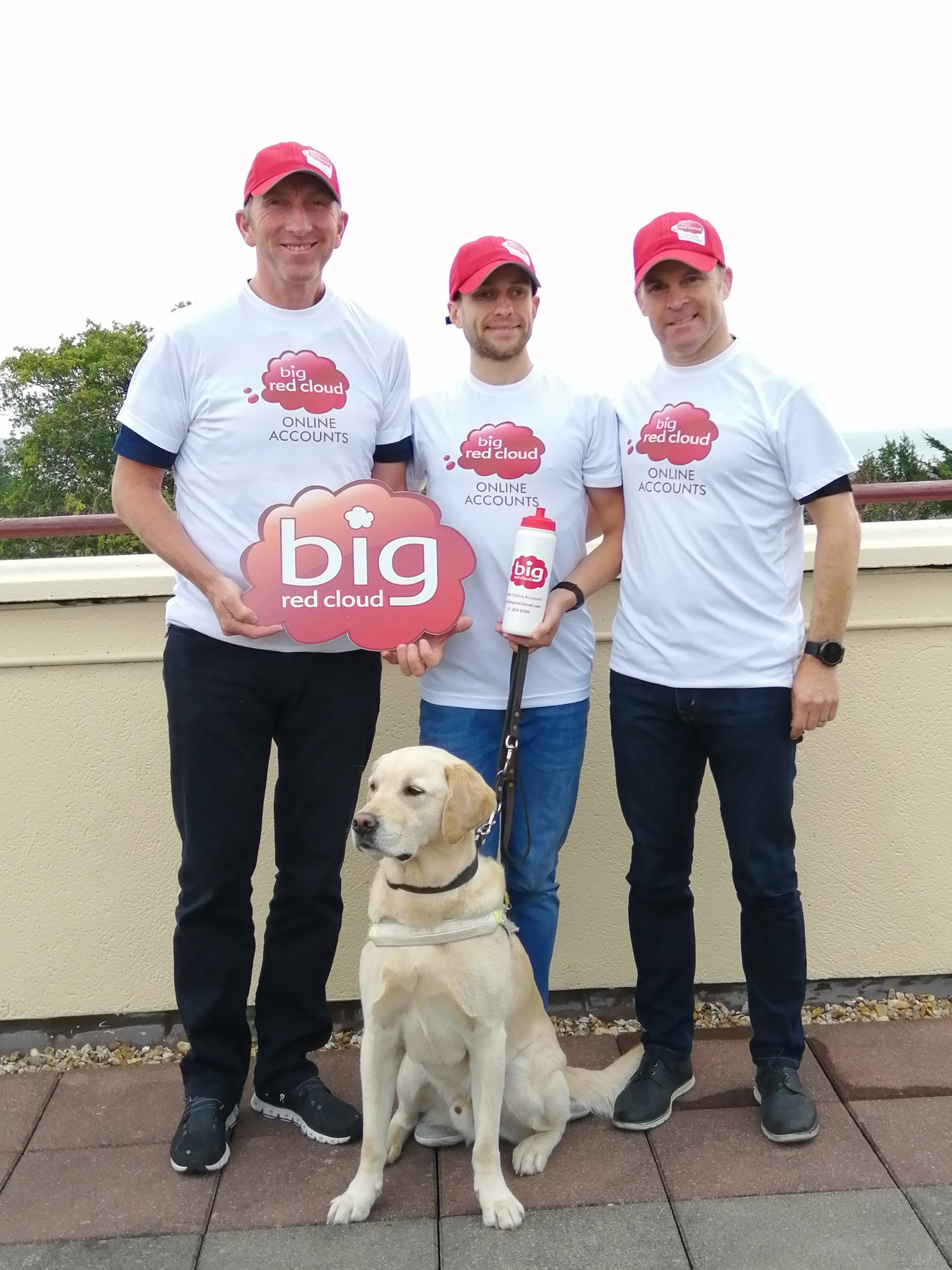 Not letting adversity get you down – An inspirational story

Big Red Cloud is sponsoring Irish paratriathlete Donnacha McCarthy as he attempts to qualify for the 2020 Paralympic Games, which will take place in Tokyo in September. Over the coming months we will keep you updated on his progress on the road, on the bike and in the pool.

As a child growing up in Drimoleague, West Cork, Donnacha was twice diagnosed with cancer, eventually losing his sight at the age of 10 from a combination of the illness and the treatment he had to undergo.

Having played Gaelic football prior to losing his sight, he did not play any sport until university when he became involved in blind five-a-side football through Vision Sports Ireland. Donnacha went on to represent the Irish team in the 2017 European qualifiers and European Challenge Cup the following year, captaining the team in both tournaments.

He started running in 2016, going out with work colleagues from Vodafone during lunch breaks. “I had heard about triathlon but had no interest in competing,” he recalls. “I thought it was something I would never be able to do, mainly because I couldn’t swim.”

The paratriathlon consists of a 750 metre swim, a 20km bike ride (hand bike or tandem) and a 5km run (racing wheelchair).

“A friend who had guided for me on runs – and was a triathlete herself – mentioned paratriathlon to me and I went along to talent-spotting event staged by Triathlon Ireland and its paratriathlon technical director, Eamonn Tilley,” says Donnacha. “Eamonn introduced me to his brother Dave, who became my first guide.”

Fast forward to February 2020 and as the off-season comes to an end, Donnacha is preparing for his first international event of the year – the Abu Dhabi Paratriathlon World Cup in March.

“Three months of endurance training in the pool and on the road was quite pleasant, giving my body and mind a break from the rigors of racing,” says Donnacha. “Now the focus has switched to higher intensity, lower volume work.”

The winter has gone well with highlights include a personal best 5km time in early January and then winning the Paraduathlon National Championships for the second year in a row with guide Bryan McCrystal, with whom he finished sixth in a test event in Tokyo last August.

“While not significant results in the grand scheme of things, wins like the Paraduathlon National Championships are critical on the pathway to success as they reassure you that you are doing the right things in training and keep you motivated to keep moving forward and keep consistent with your training,” says Donnacha.

“The bigger picture of Tokyo is always there in the background, but Abu Dhabi is the first stepping stone in getting there and my first chance to put the skills I have learned over the winter into practice.”

In the next blog we will talk to Donnacha about his experiences at the Paratriathlon World Cup as he strives for the points he needs to qualify for Tokyo.