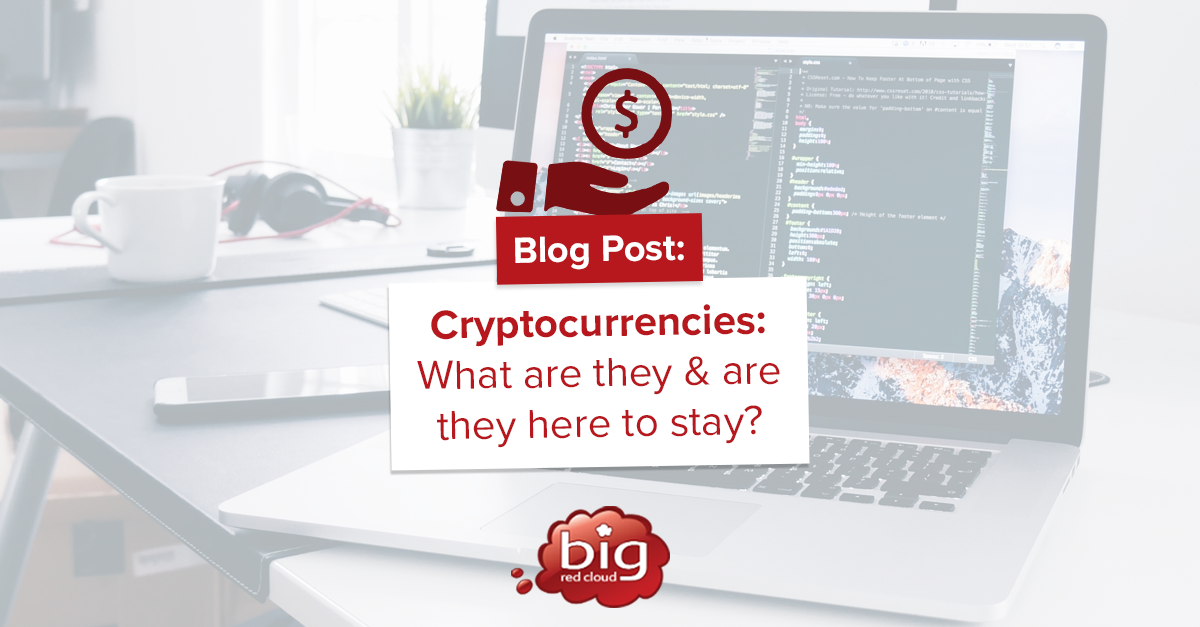 Cryptocurrencies: What are they and are they here to stay?

With Bitcoin hitting another all-time high, people are asking about cryptocurrencies. They are not a physical currency like the Euro or US dollar. They are digital currencies created using encryption software. They live online in a virtual world of digital ledgers (or blockchains) and wallets, and shared around the world through peer-to-peer networks.

Cryptocurrency is a decentralised system that uses cryptography for security. Transactions are generally anonymous using pseudonyms. It has no government backing and most currencies have a finite amount issued, publicised at the start. For example, Bitcoin will only have 21 million units issued over the years.

Governments and organisations cannot create new units of currency, like they do with national currencies like the US dollar.

There are currently hundreds of different types of cryptocurrencies in existence. Most base their systems on bitcoin, the first decentralised currency system implemented.

While there are many different currencies, the process is similar. Cryptocurrencies are like stocks rather than physical money. They are entries in a ledger validated by the community known as miners and shared on peer-to-peer networks. Algorithms secure transactions, and you can use a pseudonym to protect your identity. The anonymity of the currency is making it attractive to those involved in nefarious activities. No-one controls it – not governments, banks, or a single entity.

When you make a transaction, units of cryptocurrency are created and secured using algorithmic encryption. It then links to the chain of data known as a blockchain for the network to track and exchange. From here it is vulnerable, so needs a time stamp to make transactions difficult to duplicate. This is done using specialised hardware and software, and referred to as mining the currency.

Miners use algorithms to encrypt transactions and add them to the public ledger. This verifies the authenticity of a transaction and strengthens its position in the blockchain. The purpose of this is for security, and to make it impossible to copy and duplicate. Whether it is possible to duplicate or not is still up for debate as the technology is still in development.

How to use cryptocurrency

Cryptocurrencies are simple to use. You create a transaction with information like “Peter gives 25 Bitcoin to Jennifer”, using a private key as the signature. Once miners authenticate the transaction with a signature they share it on the network so everyone is instantly aware. However, transactions must be confirmed and entered into the public ledger before it is secure.

Confirming transactions is important to the integrity of cryptocurrencies. Before confirmation, transactions are forgeable because as they are still pending. Once a transaction receives confirmation, it becomes a historical record that no one can change. This is what people refer to as a blockchain. And only miners can timestamp transactions and add them to the public ledger to share with the network.

With the wildly fluctuating value of cryptocurrencies, their future is difficult to predict. They are a long way from becoming accepted as a mainstream currency throughout the world. Though some universities have added cryptocurrency classes to the curriculum and some accept Bitcoin as a form of payment. This, and the rising popularity of cryptocurrencies, all work in cementing its future.