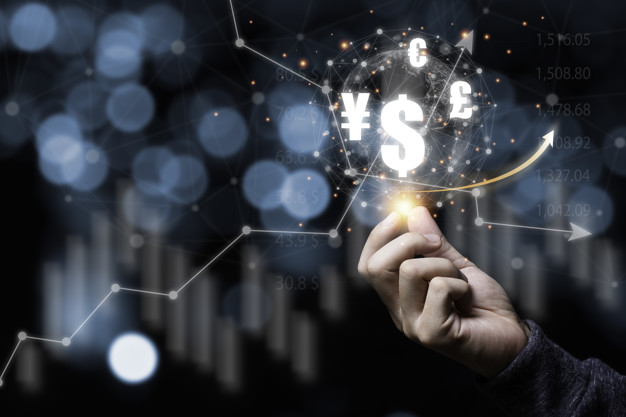 If you have customers in the UK or any other country outside the eurozone, it is important to ensure you don’t lose out on currency conversion.

While currency risk could be seen as the price of doing business in different markets, the value of the euro against currencies such as the dollar or the pound can move up or down very quickly.

This is not always a bad thing. If you secured an order with a customer in the US and the dollar strengthened against the euro from the time the order was placed until payment was made, you would make extra money on the deal for no additional effort.

But if the dollar became more valuable, you could see some or all of your profit margin disappear.

Foreign exchange is both the largest traded market in the world and one of the most volatile.

Prior to the outbreak of coronavirus it had been relatively calm since the unexpected results of the UK EU membership referendum and the US presidential election in 2016. However, as the scale of the pandemic became clear in March 2020, the pound lost 5% of its value against the euro in the space of four weeks.

However, in recent months the pound has strengthened against the euro as the EU has struggled to secure enough vaccine doses.

Some businesses may look at these movements as a ‘swings-and-roundabouts’ situation, but it is actually more like musical chairs – and you don’t want to be the one left standing when the music stops.

Small businesses tend to operate on razor thin margins, which means even a small drop in the value of an order could turn it into a loss-maker.

Hedging is the most common option for protecting a business from unfavourable currency movements. This locks-in the value of the currency exchange, so you know exactly how many euros you will get for the dollars you receive from your US customer.

If you reckon the dollar would be more valuable by the time the order is paid for you might want to take your chances. A hedge will protect you from the downside risk but means you can’t take advantage of a currency move in your favour.

Even the most seasoned currency experts don’t get it right all the time. For the world’s biggest companies the costs are eye-watering – research shows that movements in exchange rates cost European multinational corporations more than $7.5 billion in the third quarter of last year alone.

Once you have your foreign currency, don’t be afraid to shop around for a better exchange rate. Many businesses still automatically use their bank for such transactions, but there are plenty of firms offering better rates. You might also want to check out some of the peer-to-peer exchange services that match individuals and companies looking to exchange a pair of currencies (an Irish company with dollars and a US company with euros, for instance).

As one currency expert puts it, ‘the best strategy you can employ is having complete data’. If you are unsure how currency fluctuations affect your bottom line, the information available from a cloud-based accounting package such as Big Red Cloud is a good starting point.