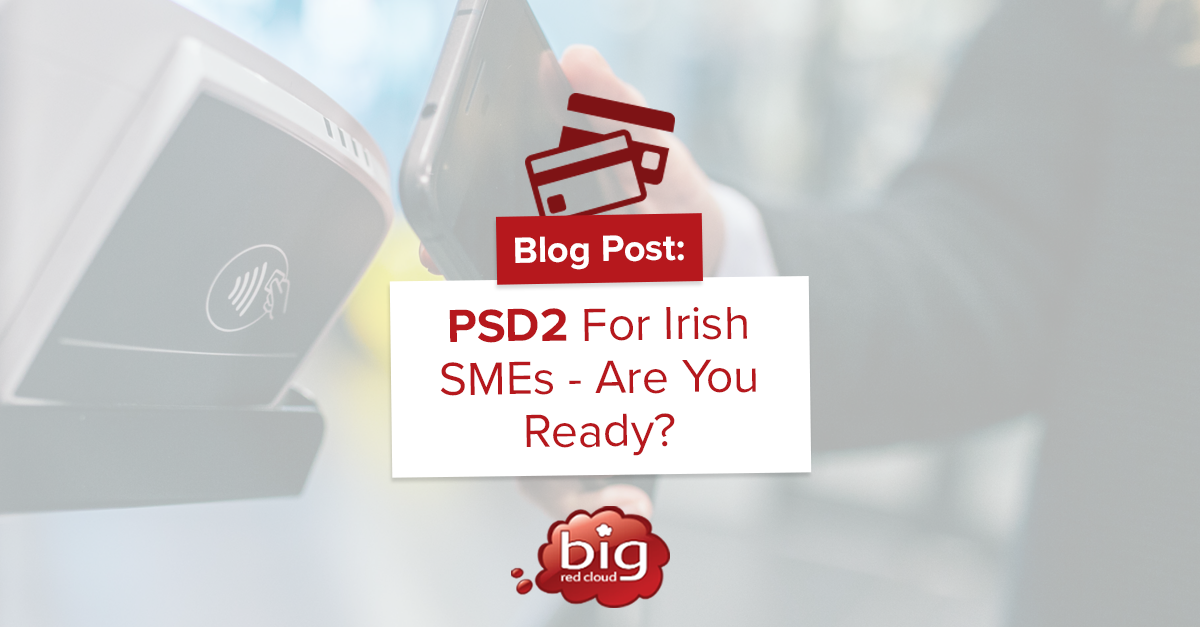 PSD2 for Irish SMEs – Are You Ready?

Irish small to medium enterprises (SMEs) are in for a big year of changes in 2018. The new Payment Services Directive 2 (PSD2) updates the PSD1 to become Irish law on January 13. It updates current payment service regulations and has new requirements.

What changes can you expect with PSD2?

Most of the original PSD1 remains the same. It broadens the extent of the legislation to cover new services and newcomers to the market. The PSD2 adds new obligations onto payment service providers (PSPs). This means SMEs will need to conduct review of their processes and procedures to ensure compliance. Key features of the PSD2 include:

PSD1 only applies to transactions within the European Union (EU). PSD2 extends this and introduces a three-tier system:

There are changes to the PSP exemptions under PSD1. The new legislation keeps most of the exemptions, but has revised them as follows:

Under PSD2, PSP categories remain the same, but there are two extra categories. These are for third-party PSPs not regulated under the PSD1. These categories are:

While PSD2 keeps the authorisation requirements of PSD1, it requires further documentation. PSPs must have a security policy document. This will include security control and mitigation processes and procedures to protect user information against any identified risks. It also needs to identify continuity arrangements and emergency plans if there is a breach in security.

The PSD2 brings in regulations for cyber security. PSPs must have strong authentication procedures when a customer checks out and pays. PSPs must also report any major breaches or security incidents to the national authority. They also need to inform the customer if the breach affects a customer's financial interests.

Are you ready for PSD2?

With less than 2 months until the legislation becomes law, is your business prepared? SMEs need to assess their processes and procedures to meet PSD2 compliance: Are you ready for the new PSD2 legislation? If not, now is the time to make sure you can comply with the new regulations in January 2018.