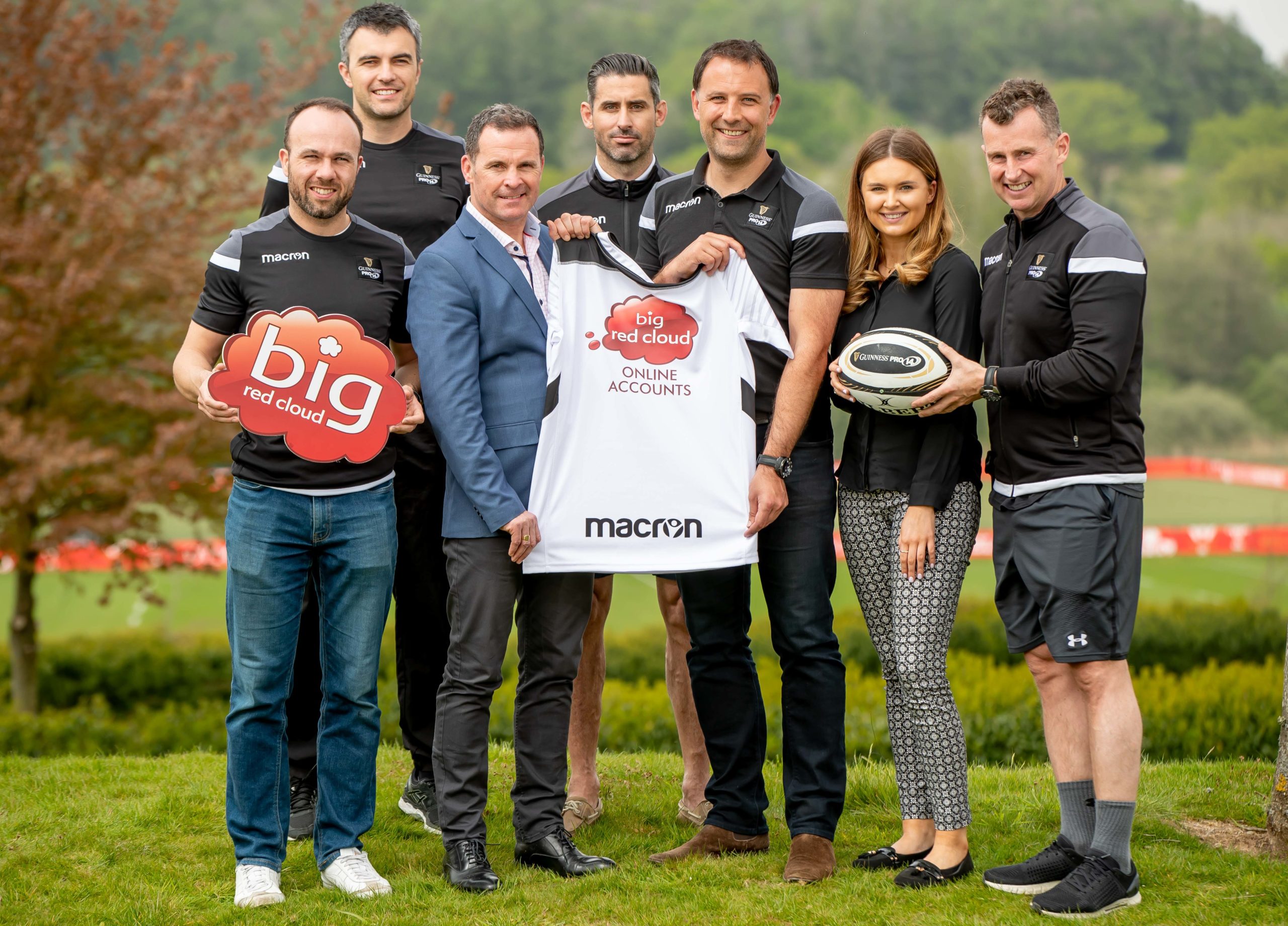 Big Red Cloud have become a Match Official Partner of the Guinness PRO14 that will see the online accounts company take over the sponsorship space on the back of the referees’ jerseys.

The eye-catching logo will make its debut in the Guinness PRO14 Final Series this weekend as six teams remain in the race to the Final in Glasgow on May 25. Big Red Cloud have also signed up as a sponsor for the 2019/20 season and will be a firm supporter of the Championship’s team of referees as the partnership promises to increase funding for the Match Official programme.

Big Red Cloud are specialists in Online Accounting to businesses of all sizes and have over 25 years of experience in accounting, payroll and book keeping. With over 75,000 customers in the Republic of Ireland they are targeting the UK in the next phase of their growth which is why they have chosen to partner with the Guinness PRO14.

This is not Big Red Cloud’s first venture into professional rugby. In 2015 the firm won a public vote to be the ‘sponsor for a day’ for Leinster Rugby – a success that planted the seed for Big Red Cloud to be a more familiar brand in the rugby space.

It has been another successful season for the Guinness PRO14, having introduced new broadcasters in the UK and Ireland, while also increasing turnover once again. With some of the biggest games of the season still to play, Big Red Cloud will arrive at the heart of the action as five teams line up to try and challenge defending champions Leinster for their crown.

Dermot Rigley, Commercial Director of PRO14 Rugby, welcomed Big Red Cloud to the Championship: “Every aspect of our business relies on having great supporters who believe in our vision for what the Guinness PRO14 should be and Big Red Cloud’s commitment will allow us to increase investment in our Match Official programme”.

“Big Red Cloud will be on our match officials’ jerseys well into 2020 and we’re proud to have such an ambitious company placing their brand on one of the best pieces of real estate that we have to offer! The Guinness PRO14 continues to go from strength to strength and organisations like Big Red Cloud recognise that and want to be a part of our story.”

Marc O’Dwyer, CEO of Big Red Cloud, who was present at last week’s match officials camp in Wales ahead of the Final Series, said: “We’re delighted to be supporting the Guinness PRO14 match officials as an official partner. It was a real honour to see how the referees challenge themselves off the pitch to be better on it. Naturally, our business is based around accountability and to see how meticulous these guys are in their preparation underlines the shared values we hold – we take great pride in delivering for our customers and the referees’ job is to provide the best performance possible for the teams, the fans and the Guinness PRO14”.

“We’ll get a real kick out of seeing the referees running out on the pitch with the Big Red Cloud logo on the back of their shirts. I’d like to wish all of the referees who get selected the very best of luck over the next few weeks.” 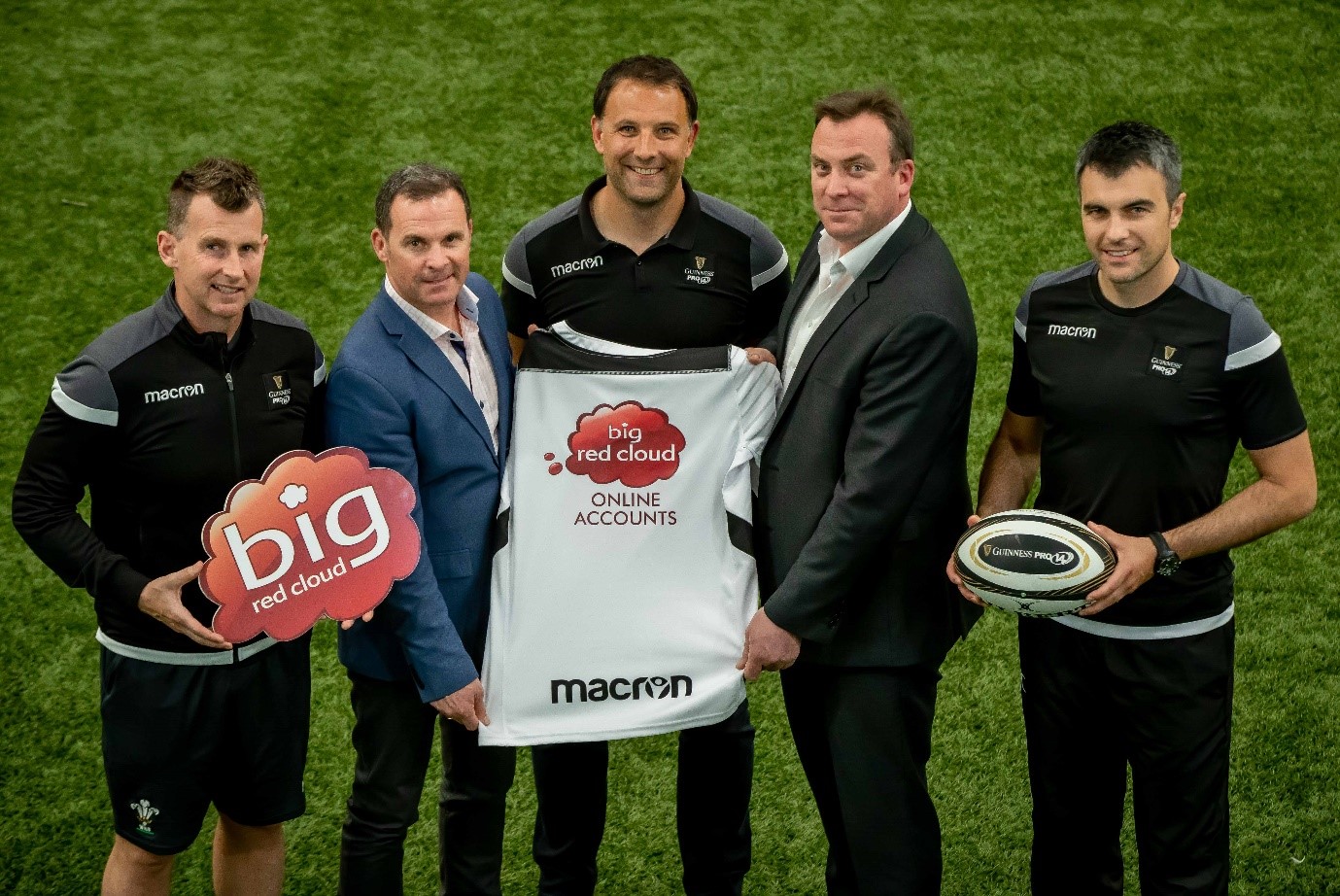 Big Red Cloud is part of the Big Red Book stable of products. A business that specialises in developing simple and easy to use Accounting, Bookkeeping and Payroll software.

Big Red Cloud enables Small business owner’s access to their accounts online. Always accessible, unlimited and with free access for their Accountant. We also offer telephone support to our thousands of customers.

Our company’s motto is to keep things simple. We strive to help small businesses succeed by enabling them to use an accounting system without any knowledge of accounts and run a more profitable business.

In business for 26 years, we have developed a vast knowledge in this area and bring an expertise unparalleled in accounting software to all our 75,000 customers.

ABOUT THE GUINNESS PRO14 CHAMPIONSHIP: The Guinness PRO14 Championship is made up of 14 clubs – four Irish, four Welsh, two Scottish, two Italian and two South African teams. Teams play a total of 21 games in the regular season across two conferences with the six top-ranked teams qualifying for the Guinness PRO14 Final Series.

A total of 297 International players appeared in the Guinness PRO14 during the 2017/18 season with 26 players from the Championship called up to the British & Irish Lions tour to New Zealand in 2017. During the 2017/18 season 861 tries were scored setting a new record while the Guinness PRO14 also have the quickest ruck times globally fuelling free-flowing attacking rugby.